It seems a lot of people have already written a lot on the etiquette of video meetings, so in this little post, I’ll try to contribute with some of the technical tips which doesn’t seem to be covered as much.

While wifi seem to work fine mostly, it can cause issues. If you have the option to use a wired connection for you device used for videomeetings, do so. It will have less latency then any wifi-connection and improve the experience.

If having a wired connection isn’t an option, make the most of your wifi:

You may be required to run a VPN Client. Most Video conference provideres are aware of this as are internal security departments. It should usually not be a challenge to run the video conference through a VPN, but it may cause 3 other issues:

If the VPN service has capacity issues, you would have issues getting the VPN up and running. Your IT department should know this and either address it and provide guidance on what to do.

Mitigation may include - don’t use streaming services (Spotify, Netflix, Youtube) while connected to the VPN service (and make this a general policy for all users) - most VPNs route all traffic through them including the streaming traffic.

If the VPN service causes latency which degrades the experience to an unacceptable level, the first option should be to look into mitigating this by optimizing the local network (as described in the first section).

Most video conference systems allow you to mute yourself. Your headset, speaker or computer probably also have a mute button available. I always suggest using both - always.

The “hardware” mute often has a clear indication, it’s engaged. I’m mostly using a speaker for meetings. It has a red dotted ring on the center lit up when the mute is engaged - and people needing to say a brief message during a meeting, can see the indication and know what is said will not be broadcast to the meeting.

The reason I also use the mute in the video conferencing software is that any sound generated from your laptop will most likely be routed into the conference. Using this mute, the many notification sounds are not played in the meeting (new mail, new slack message, incoming VoIP calls) and if you do concurrent research for the meeting auto-playing full-blast sound ads will not disrupt the meeting.

Beware of the background

Making the desired physical changes to the background is always preferable, as you have complete control of the result - changing the angles, removing stuff from view, locking doors in the background for entry or what else may be suitable measures.

If this isn’t feasible, video conferencing like Zoom and Microsoft Teams, have the ability to create a virtual green screen and change the background using their software. Before you do this, consider the following:

Still talking technical here, but here are a few common blunders you can avoid

Most modern laptops, phones and tables do have the capability to support video conferencing at a reasonable level. If you do find yourself in a lot of conferences, there are a few investments you may consider to upgrade the experience. Here are a few suggestions: 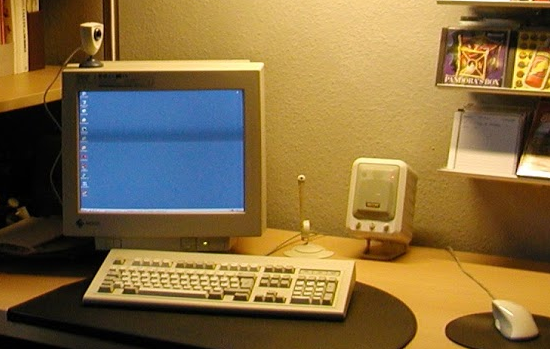